What You Expect?: Lena Waithe and Hillman Grad Productions Continue to Make Hollywood More Accessible for People of Color

My reaction to the Hillman Grad Productions Homecoming Week and Lena Waithe making space, in TV/film, for people of color.

When I first saw the week’s lineup of events for Lena Waithe’s “Hillman Grad Homecoming Week,” I was like “DAMN…I have to go!” But problem is, I had just purchased a ticket to go to LA for the following weekend.

My name is Chisom Chieke – I’m a writer/filmmaker based out of Philadelphia, PA. I frequent Los Angeles to attend workshops, networking events, and to find new sources of inspiration. I figure, you have to invest in yourself, before someone else will. So I’ve been strategic, in making space for these trips, with the goal of eventually moving to LA. Now, this doesn’t mean I was prepared to make two trips back-to-back!

But something told me to make it happen, so I did. I RSVP’d to the events, purchased my flight, booked my Airbnb, car, and flew into LA to participate in the Hillman Grad Productions Homecoming Week. I figured this is just another investment in myself and my dreams of one day working with Hillman Grad and telling my stories.

Now, if you don’t know much about Lena Waithe or Hillman Grad Productions–do you live under a rock?–Here’s a quick rundown: Lena Waithe is an award winning, screenwriter, producer, and actress.

She is the creator of many hit TV shows like The Chi, BET’s Boomerang and Twenties. With the launch of her new production company, Hillman Grad Productions, cleverly named after the a fictional historically-Black college from A Different World, Lena has taken the world by storm, with the recent release of her hit film, Queen and Slim, and the soon-to-be released film, The 40-Year-Old Version. Besides making great TV and film, Lena is just an amazing person, period. She puts much of her energy into uplifting the voice of other Black, queer writers and creatives through the Hillman Grad Network and Mentorship program. Her Homecoming week was yet another way to celebrate Blackness and put on for the release of her shows, Twenties and season 2 of Boomerang!

Lena and Hillman Grad have been largely influential in my craft over the past two years. I actually met one of my favorite mentors, Rac, through the Hillman Grad Network Instagram page in 2018. Back then, she was an assistant of Lena’s with a background I identified with. So I DM’d her, she responded, and the rest is history. Since then, Rac has been such a great support in helping to develop my voice as a writer. Rac had actually connected with Lena by reaching out to her via Instagram DM back in the day, and is now writing on Twenties and Boomerang. Rac’s journey is special to me because it speaks volumes to life’s endless opportunities and possibilities. It also told me so much about Lena Waithe, her openness, and what drives her as a creative. Without Lena responding to Rac, I literally would not be where I am in my journey today. I’ve been lucky to stay connected to Hillman Grad through Rac and currently help provide script coverage for the company.

So now you may understand why I just had to be a part of the events last week. I ended up arriving late Tuesday night so I couldn’t make the “DAY 2” of the Homecoming Week. However, I soon realized that I never received a confirmation email for my RSVP. When I texted Rac the next morning, she told me she would reach out to the marketing team and see what she could do. Turns out over 5000 people had RSVP’d for these events and due to limited capacity, not everyone could attend.

I decided to also DM Lena Waithe directly–yes, I know, I am crazy. But I was super antsy and knew all the events were completely closed. I had flown all the way from Philly and didn’t want it to be a waste. To my surprise, Lena responded back with directions to email her assistant. I couldn’t believe it! Lena really responded to my DM–what a full-circle. So I followed her directions, and before I knew it, I was at the event!

I was surprisingly rather nervous to see Lena in real life, considering I don’t usually get star struck. But Lena has been a huge inspiration of mine for the last couple years. I follow her work, projects, and interviews. I absolutely love what she stands for, what she does for people of color (POC)…and perhaps I have a tiny girl crush on her too…the point is she is amazing! Anyway, I mustered the courage to go up to her and say thanks again for her “openness,” in responding to my DM and of course, she was amazing and didn’t make me feel out of place.

She delved into this perceived “openness” as she began the event with a quick speech. Lena made it clear that her goal is to make Hollywood more accessible to POC, from all walks of life. She mentioned how telling our stories allows us to inspire, change narratives and live on forever. That spoke to me, because not only was she talking about it, but she was actually doing the work. I had the pleasure of speaking to her company’s president, Rishi Rajani, whom I had listened to speak on a MovieMaker podcast, earlier this year, where he mentioned that Hillman Grad was hoping to create an incubator for POC writers and filmmakers to develop their work under the Hillman Grad umbrella–complete with all the necessary resources. When I first heard this, I was shocked. So when I saw Rishi at the event, I just had to talk to him about it. With my background in startup incubators/accelerators and my passion for TV/film, I NEEDED to be part of this project. He told me to shoot him an email.

Needless to say, Lena and Hillman Grad are trailblazing, creating so much space for the future of POC in Hollywood. I am, still, truly in awe by the compassion and drive in providing endless opportunities for us to share our work and tell our stories.

I went on to attend the remaining events of the week, Friday being the finale: The Hillman Grad Homecoming Party. This was an amazing site to see. Hillman Grad did an astounding job of creating an authentic Black college experience, that commemorated HBCUs. Frats and sororities strolled, there was jungle juice, a marching band, great music and a college ambiance that just felt so nostalgic – the perfect way to close the week’s events. 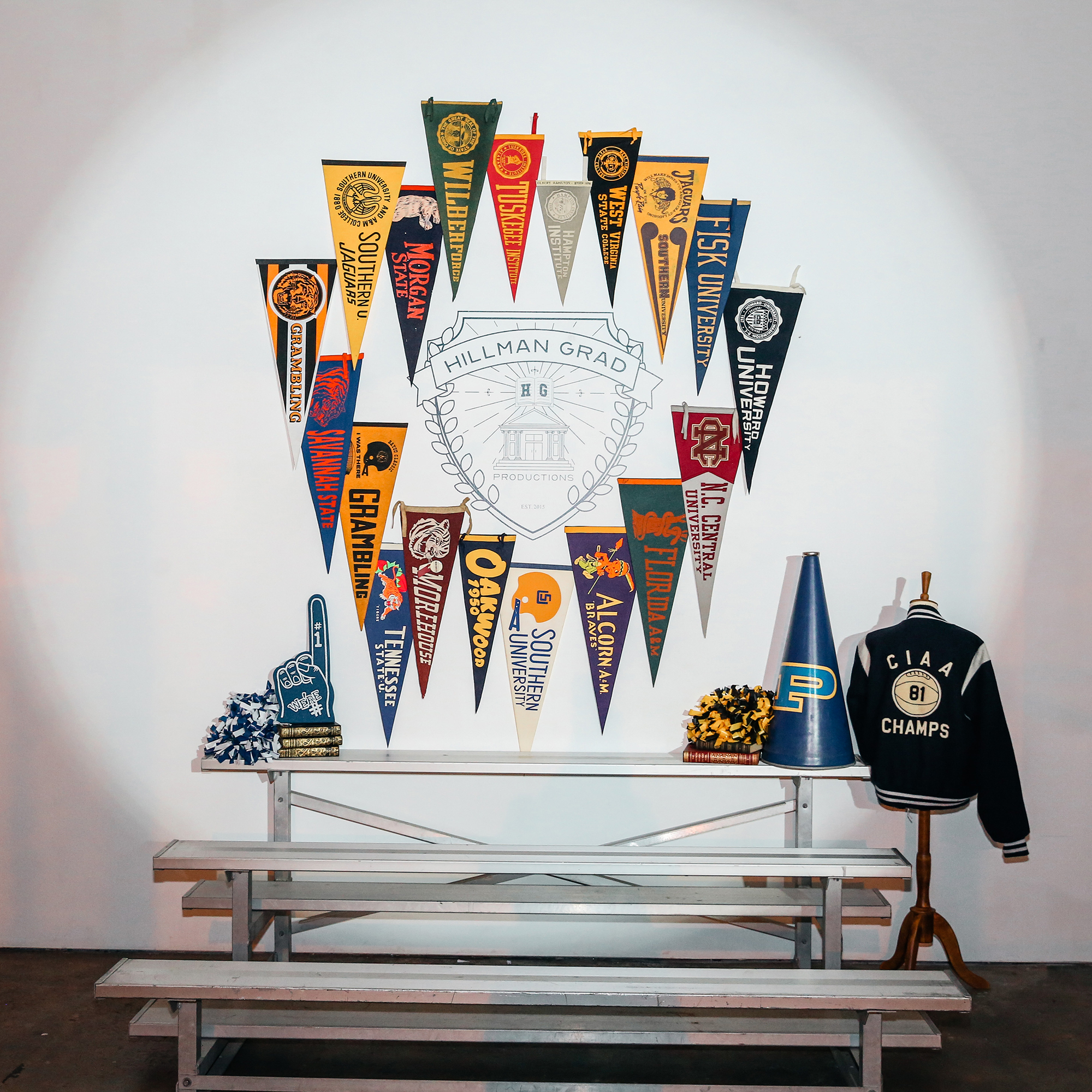 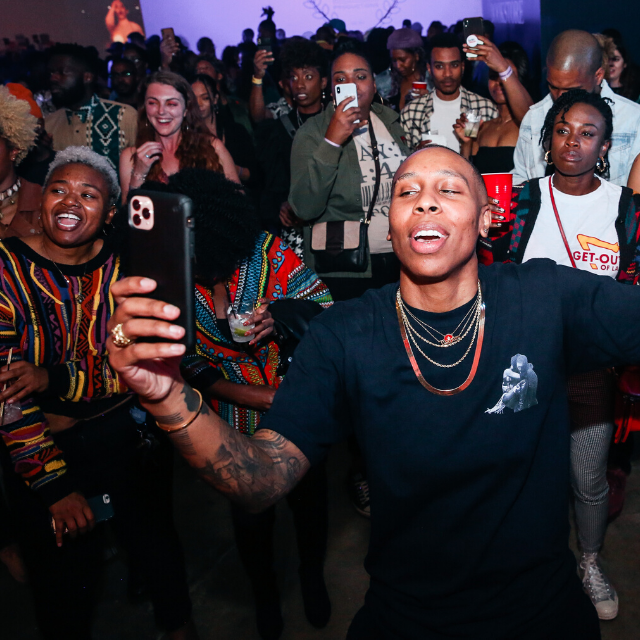 Source
What You Expect?
PREVIOUS ARTICLE