Vogue: 11 Black Women in Fashion on What Brings Them Joy

Like many other immigrant families, my strict Haitian parents longed for the day when they could send me off to study either law or medicine at university. I forced an interest in the medical field to make my parents proud. Although she did not work in the industry, my mother was the first Black woman who introduced me to the world of fashion and the art of getting dressed. To this day, I vividly remember her getting ready for a party while I sat in her room and studied the way she styled her black diamanté wrap dress with a pair of black open-toe heels, and a clutch so sparkly that it hurt to look directly at it. And although she did not understand my desire to work in the fashion industry, she taught me persistence and resilience and is the reason I believed in my ability to succeed in any career.

Even still, I ignored my mounting interest in the fashion industry because, at the time, I only knew of a handful of Black people who worked in the industry, and they were all men. I was young and impressionable so I allowed the lack of representation of Black women in the fashion industry to diminish any belief that I could successfully be a part of an industry that seemingly did not accept women who looked like me.

It wasn’t until I discovered some of the Black women who held coveted positions in fashion that I started to truly see a future for myself in the industry. Like any young girl in high school, I was obsessed with all things Teen Vogue, and when I happened across an article on Fashion Bomb Daily spotlighting Shiona Turini, who was the accessories director of Teen Vogue at the time, my entire outlook of the industry changed. The fashion space held little regard for Black women, both in their offices and in their glossy issues, so it was critical to see someone who looked like me be in a position of power in a career I dreamed of being a part of. I made a promise to myself to not let anything or anyone get in the way of my aspirations to “make it” in the fashion industry. To make sure I kept this promise with myself, I made a vision board with the Vogue masthead on it as a reminder of what I wanted to accomplish for myself. That vision board still hangs in my childhood room, and I am still in disbelief that I made my 16-year-old dreams come true.

I have so much gratitude for the Black women who paved the way for me. I will never forget the night when Rajni Jacques—the fashion director at Teen Vogue at the time—stopped by my desk on her way out and took the time to see how I was acclimating to my new position as the fashion market assistant at Vogue. In that brief exchange, Rajni empowered me by speaking to her own experiences as a Haitian woman breaking into the fashion industry. That conversation helped put my purpose in perspective and restored the certainty that I belonged and deserved to be in the position that I was in.

Everyone has been saying “during these crazy times,” but as my dear friend Sara Elise said, “It’s crazy for y’all, but shit’s been crazy for Black folk.” I am finding joy in holding my people close, laughing where I can, checking on my friends and protesting the systemic racism and violence against Black people in this country, specifically Black femmes, and I won’t begin to let up until Breonna Taylor’s killers are charged and convicted.

I’ve been personally donating to grassroots movements and directly to the cash apps of people who are in need now. HillmanHelps, my good homie Lena Waithe’s initiative, is where I suggest people donate so that folks who need help in real time can get what they need! 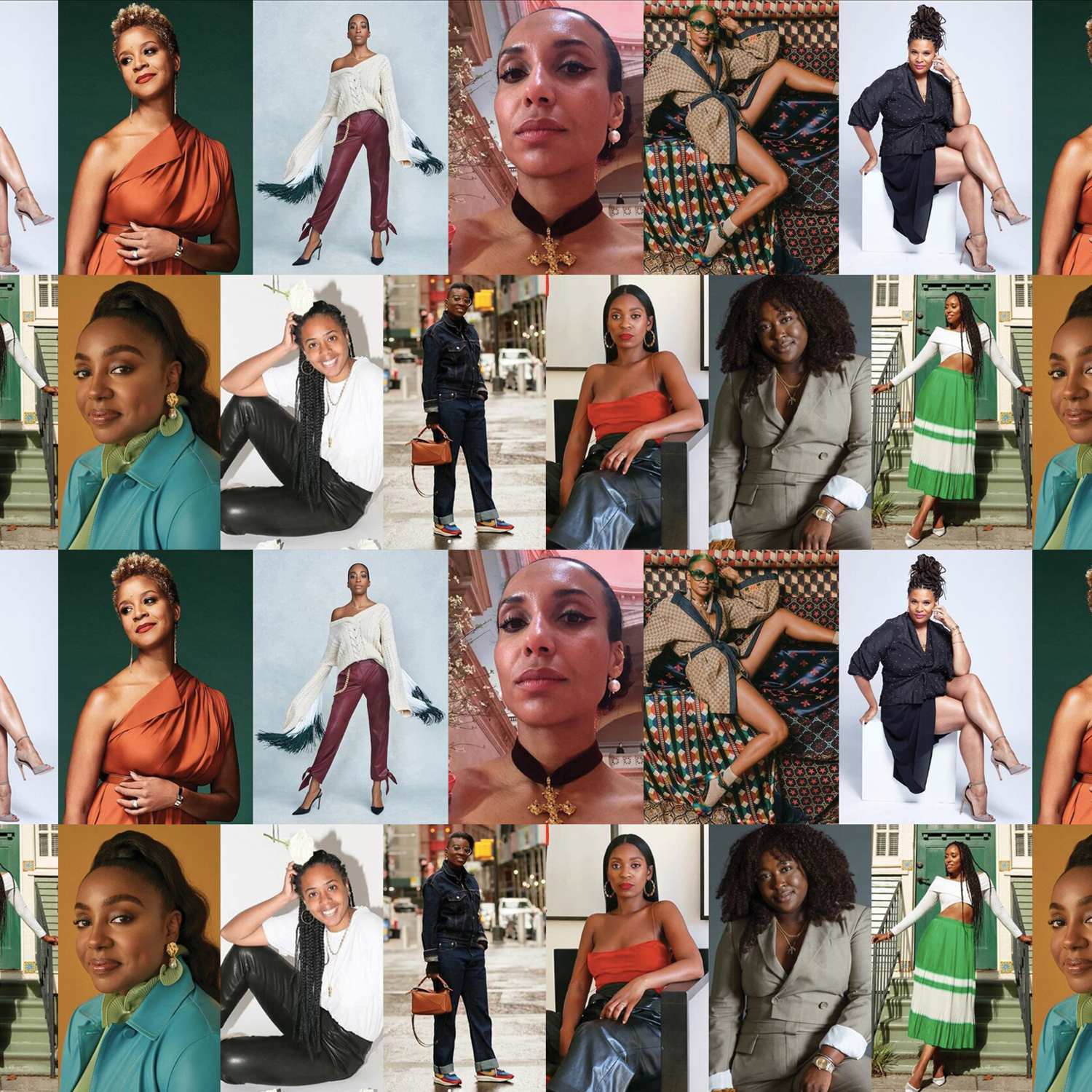 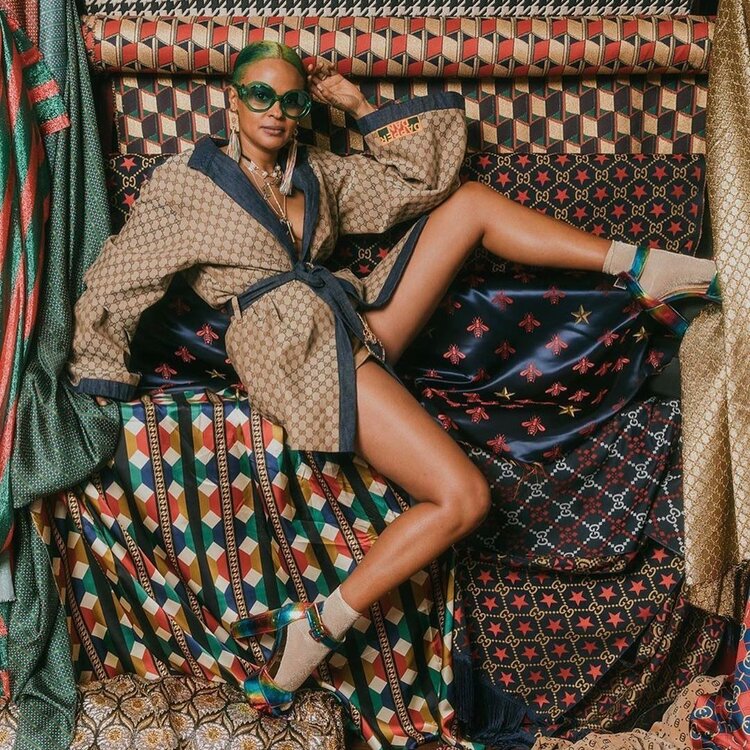 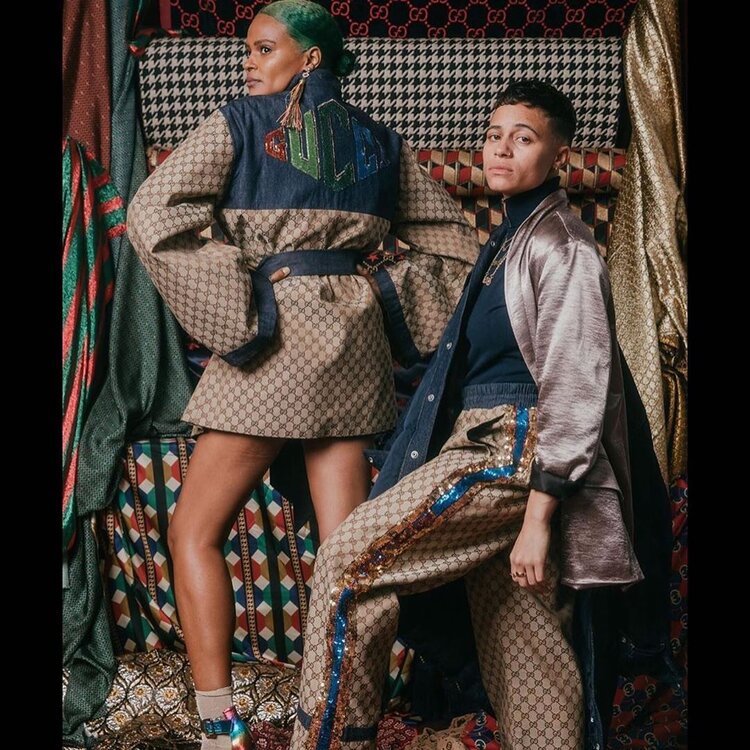